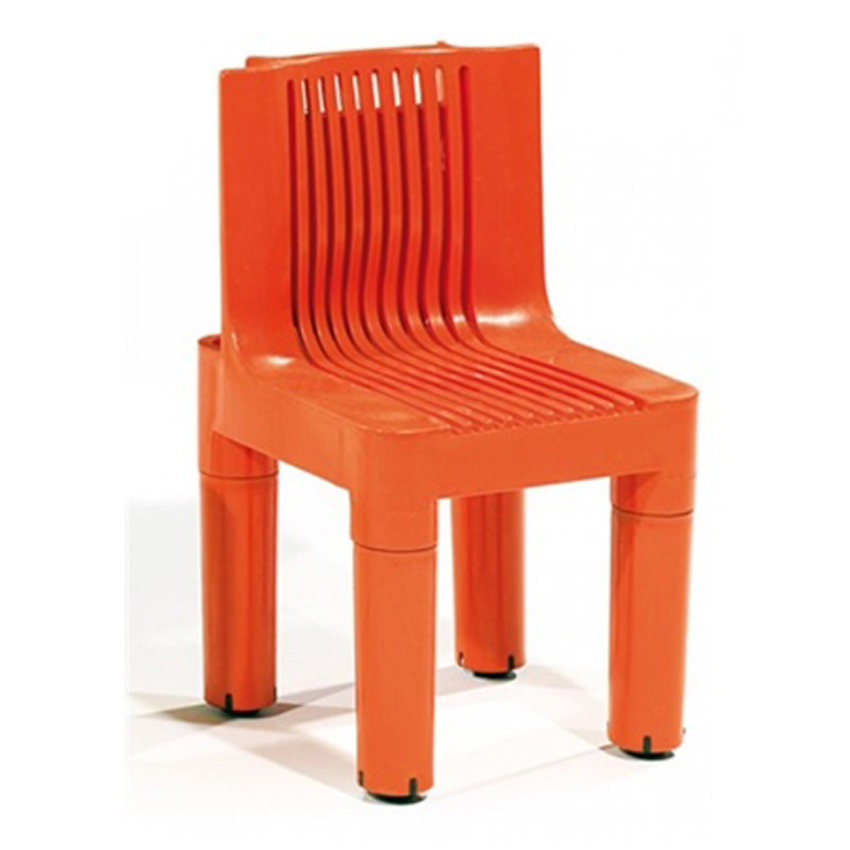 Designed by: Sapper R
Co-Designed by: Zanuso M
Designer: Richard Sapper
Co-Designer: Marco Zanuso
Date of Design: 1960-1964
Date of Manufacture: 1964
Decade: 1960s
Region: Europe
Significance: First polyethylene chair (size limited by moulding technology)
Manufacturer: Kartell
Material: Polypropylene
Process: Injection moulded
Monobloc: No
Cantilever: No
Renewable Carbon: No
Weight:
Note: Country of origin: Italy Image: Kartell. Richard Sapper (1932-2015) and Marco Zanuso (1916-2001) pioneered the use of injections moulded plastics in the furniture industry. This child’s chair was developed for Kartell, in 1964, using polyethylene and is light, stackable and was available in a range of bright colours and intended for mass production to meet the needs of primary schools in Milan. The size of the chair was restricted by the technology of the time – a larger mould could not be made. The frame had to be quite large to overcome the softness of polyethylene and the legs were moulded separately and clip into place below the seat individually, creating the added benefit of reduced transportation costs. However, this should not detract from the fact this design is the first injection moulded monobloc chair and it remained in production until 1979. Apart from its commercial success the design was awarded a Compasso d'Oro in 1964.