Can plastic be 'green'?

Using case studies of plastic chairs, this paper examines if product designers can successfully reduce the environmental impact of their work by embracing recent innovations in plastics. The 21st Century has seen growing interest, from both designers and manufacturers, in experimenting with alternatives to virgin fossil- based plastics, including recyclates and bioplastics. A simplified eco-audit tool has been developed to enable comparison of the environment impact of 32 chairs made from renewable carbon-based (‘green’) plastics. Preliminary findings suggest that designers experimenting with recycled materials are more likely to succeed in reducing the environmental impact of their work, compared with those working with bioplastics or natural fibres. Hybridisation is identified as a key common strategy among those working with ‘green’ plastics. This research is of particular interest for designers seeking to reduce our dependence on fossil-based plastics, supporting their central role in the systems-level change required to address the climate emergency.

Can plastic be ‘green’?

This article argues that product designers working with plastics can respond to our environmental emergency while satisfying their clients’ commercial demands through a case study of plastic chairs. Through the lens of the ‘waste hierarchy’ this article demonstrates how contemporary designs can improve both environmental and commercial outcomes with innovative plastic products. Avoiding waste is the preferred strategy in the ‘waste hierarchy’. To tackle the environmental crisis, we must reduce our reliance on fossil fuels, currently the main source of plastics. However, plastics can be made from organic material. Currently, less than 1% of plastic is made from renewable biomass sources, but advanced designers have already started to explore the potential of these biodegradable materials.In 2014, Karim Rashid developed the Siamese chair (left) made from an eco-plastic derived from fast-regenerating Brazilian trees, completely avoiding fossil-based plastics. More common today are products that align to the second preferred option in the ‘waste hierarchy’ – to reduce or minimise waste. Decreasing the materials and energy required to produce a product perfectly aligns with capitalist management’s traditional focus on maximising profit. I argue that product designers can influence the uptake of environmentally efficient product design, but this is not enough. Ultimately, we must create a movement that challenges the dominance of petrochemicals as the main source of plastics. I aim to demonstrate that new technologies can be adopted to reduce consumption of scarce resources, satisfying both environmental and economic goals. 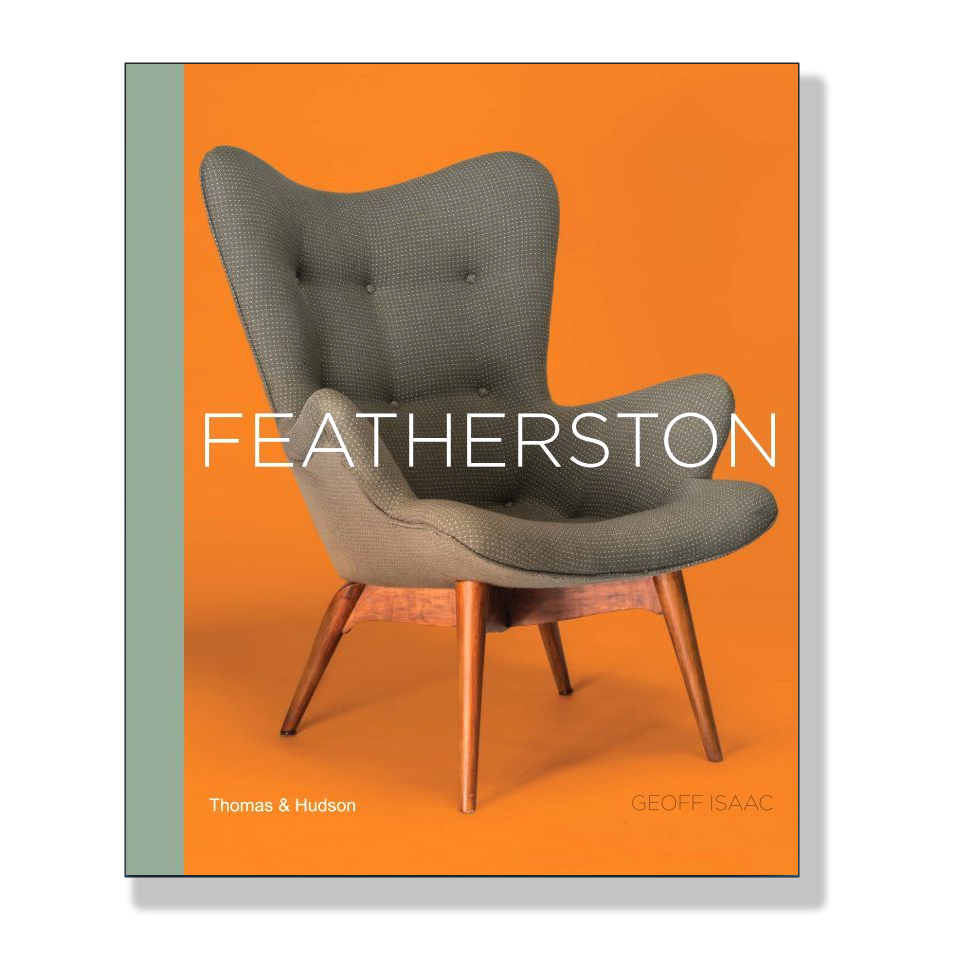 This is the first book to celebrate the life and work of Grant Featherston (1922-1995), the Melbourne-based industrial designer most well-known for his Contour chairs. This collection was designed and developed in the early 1950s and remains highly sought after by mid-century collectors in Australia and overseas.

Featherston, later joined by his second wife, Mary, designed hundreds of chairs over the next 30 years; however, this astonishing Australian industrial design partnership has gone largely uncelebrated until now. This monograph focuses on the chairs produced between 1947 and 1975 and presents a new biography of the designer, drawn from archival research and interviews with his peers. It is extensively illustrated with over 250 beautiful photographs and includes a selection from the previously unpublished personal achieve of Ian Howard, the former Managing Director of Melbourne-based manufacturer Aristoc (with whom Grant worked for 13 years).