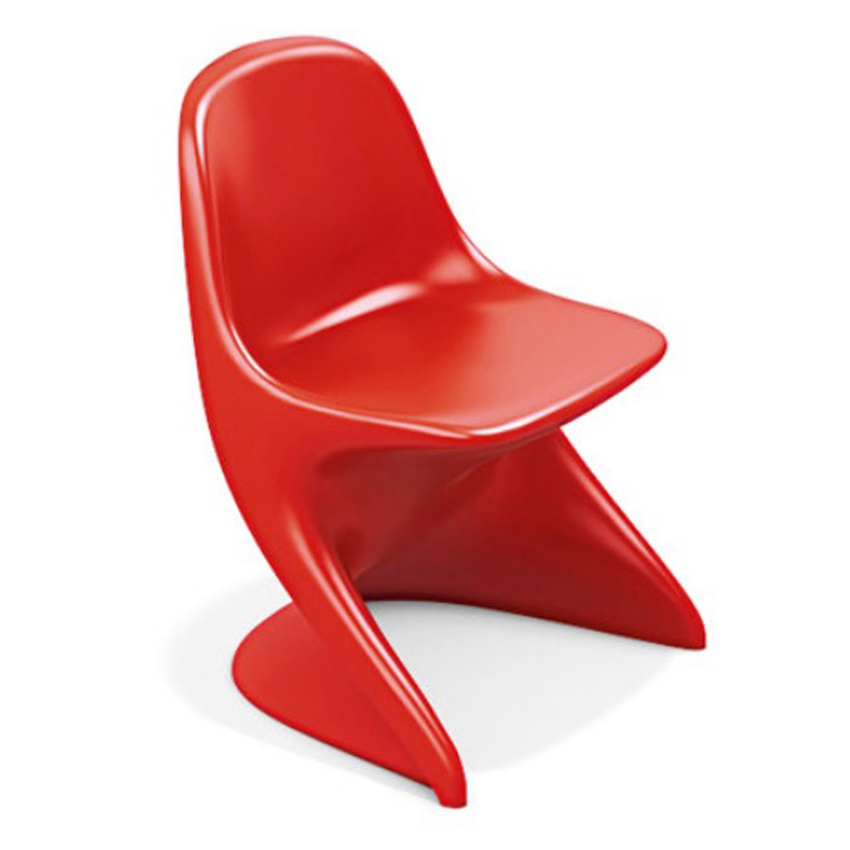 Designed by: Begge A
Co-Designed by: -
Designer: Alexander Begge
Co-Designer: -
Date of Design: 1971
Date of Manufacture: 1971
Decade: 1970s
Region: Europe
Significance: Cantilevered chair
Manufacturer: Casala
Material: Polyamide
Process: Injection moulded
Monobloc: Yes
Cantilever: Yes
Renewable Carbon: No
Weight:
Note: Country of origin: German Image: Casala. Alexander Begge (1941-) was aged just 30 when he designed the Casalino, however, this turned out to be his only furniture collection before abandoning his career in design. Inspired by a wisp of fog Casalino was unveiled at the Hanover Fair, in 1971, where it was awarded the prize for Die gute Industrieform (Good Industrial Form). Robust, stackable (four high) and easy to clean the manufacturer realised these attributes are as relevant to today’s market as they were when the series was designed and re-introduced the range in 2007 using the original moulds by Casala (since discontinued). The Casalino range included a cantilevered chair, available with and without arms (the padded seat is optional), and a child’s chair. The series also included a stool and tables (by other designers) were added to the range in 2007.