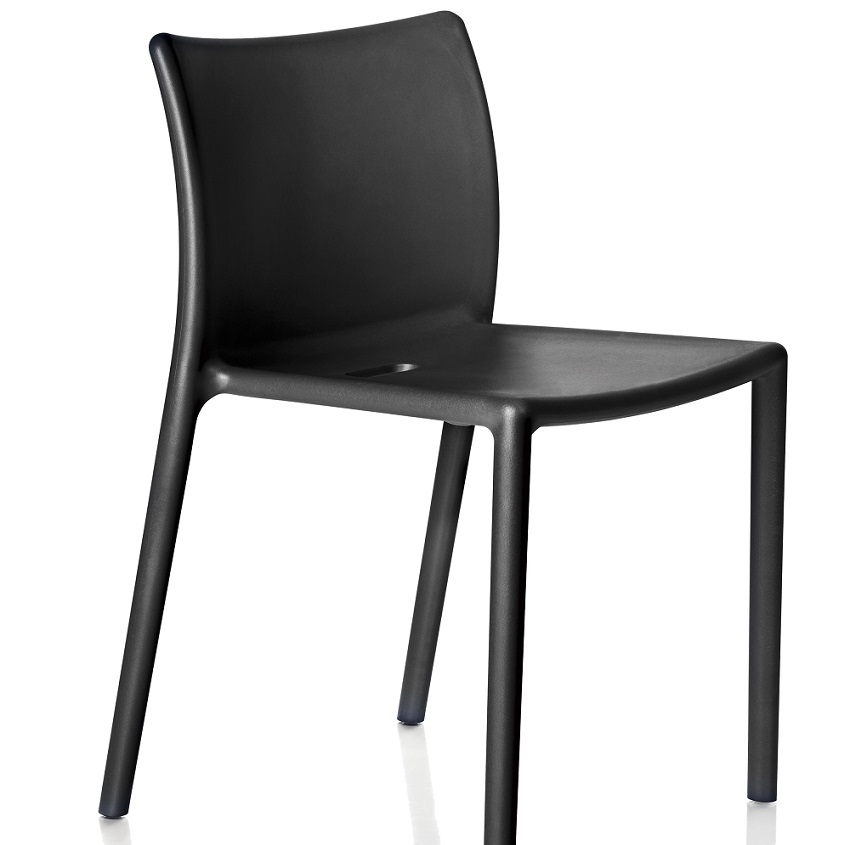 Designed by: Morrison J
Co-Designed by: -
Designer: Jasper Morrison
Co-Designer: -
Date of Design: 1999
Date of Manufacture:
Decade: 1990s
Region: Europe
Significance: Commonly attributed as the first air injection moulded chair
Manufacturer: Magis
Material: Polypropylene
Process: Injection moulded
Monobloc: Yes
Cantilever: No
Renewable Carbon: No
Weight: 4.4
Note: Country of origin: UK (designer) Italy (manufacturer) Image: Magis. The Air chair was named after the technology used to create it. Air injection technology made it possible to create highly resistant, super-lightweight products out of polypropylene with fibreglass reinforcement. Nitrogen gas is pumped into the mould to create hollow centres in the still-molten plastic, allowing products to be created using minimal resources (the Air chair weighs just 4.4kg). The pressured gas also ensures that the plastic does not shrink away from the mould’s surface allowing for complex and challenging forms to be moulded without warping. The upfront tooling costs for air injection are relatively expensive, but unit marginal costs are low. The cycle time is longer than with traditional injection moulding. Material and transportation costs are lowered due to the light weighting effects of the process, the benefits of which can be passed on to the consumer. The popularity of the Air chair has allowed the model to be offered at a very competitive price compared with other ‘designer’ offerings (currently just over 110 euros).