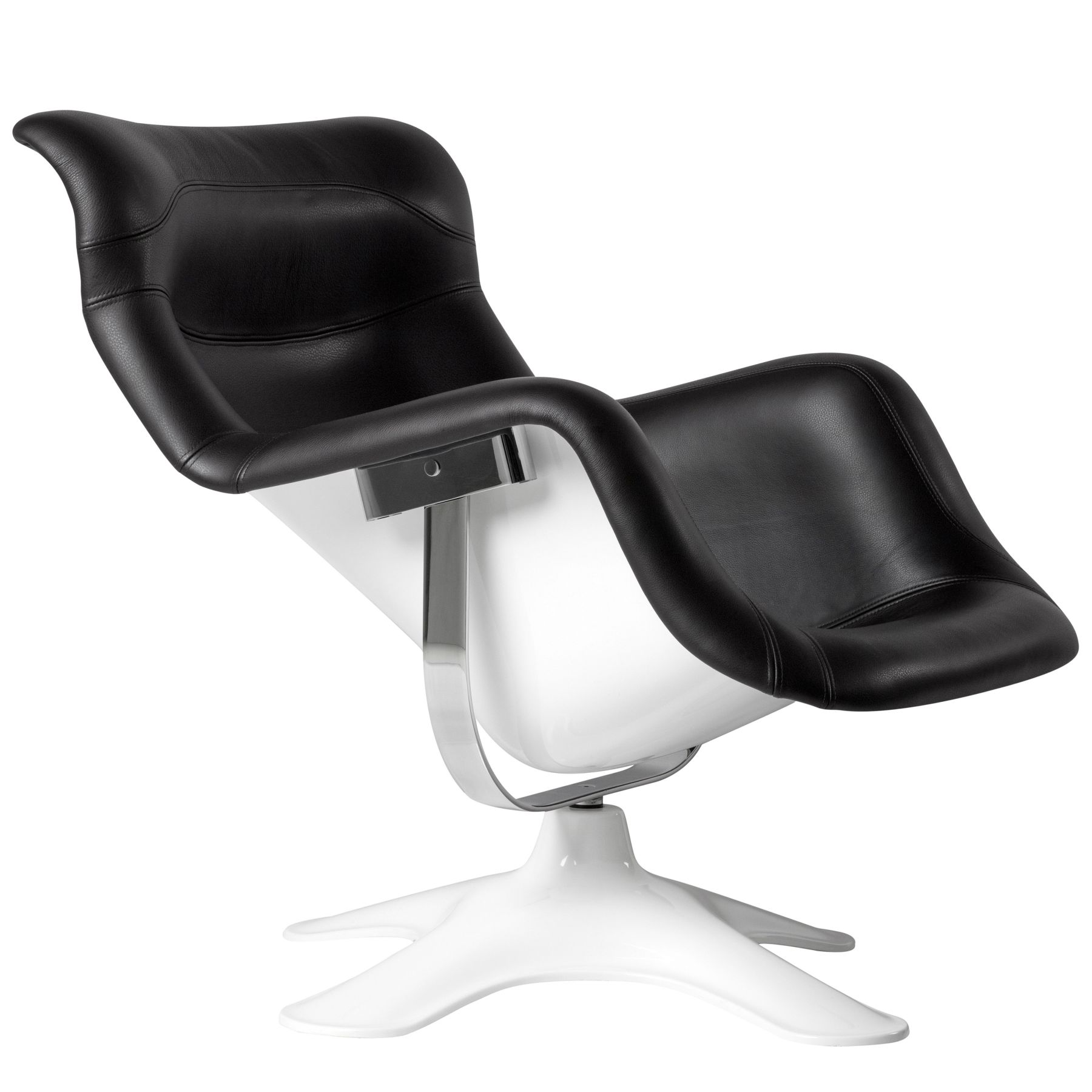 Designed by: Kukkapuro Y
Co-Designed by: –
Designer: Yrjö Kukkapuro
Co-Designer: –
Date of Design: 1964-65
Date of Manufacture: 1965
Decade: 1960s
Region: Scandinavia
Significance: Terrance Conran’s favourite chair. Also rated as the most comfortable chair in the world by The New York Times in 1974
Manufacturer: Haimi
Material: Polyester
Process: Pressure moulded
Monobloc: No
Cantilever: No
Renewable Carbon: No
Weight:
Note: Country of origin: Finland. Image: Artek. The Karuselli was inspired by the shapes made by his body when falling in the snow, while playing with his daughter (who later gave the name to the design). Karuselli is also finish for Carousel – the chair and the fun fair ride both rock and rotate around a vertical axis. Kukkapuro created wire and plaster models, adapting them over a period of at least four years to perfect the shape, using his own body as a guide for measurement. The designer prefering model building to drawing. His design focus is to create ‘functional, durable and comfortable furniture using as little materials as possible.’ Much credit has been given to the desiner for his ergonomic focus, at a time long before the term had been widely adopted. The Karuselli featured a fiberglass shell with steel reinforcement, the original version was upholstered in black, white, blue, red or beige leather with stitched seaming. The shell is suspended above the base by a steel bracket creating the illusion that the chair is floating in space. The bracket also allows the chair to swivel and tilt back and forth, further enhancing comfort. The Karuselli was presented at the International Furniture Fair Cologne in 1965. The Karuselli was accompanied by a footstool and was named the most comfortable chair in the world by The New York Times in 1974.