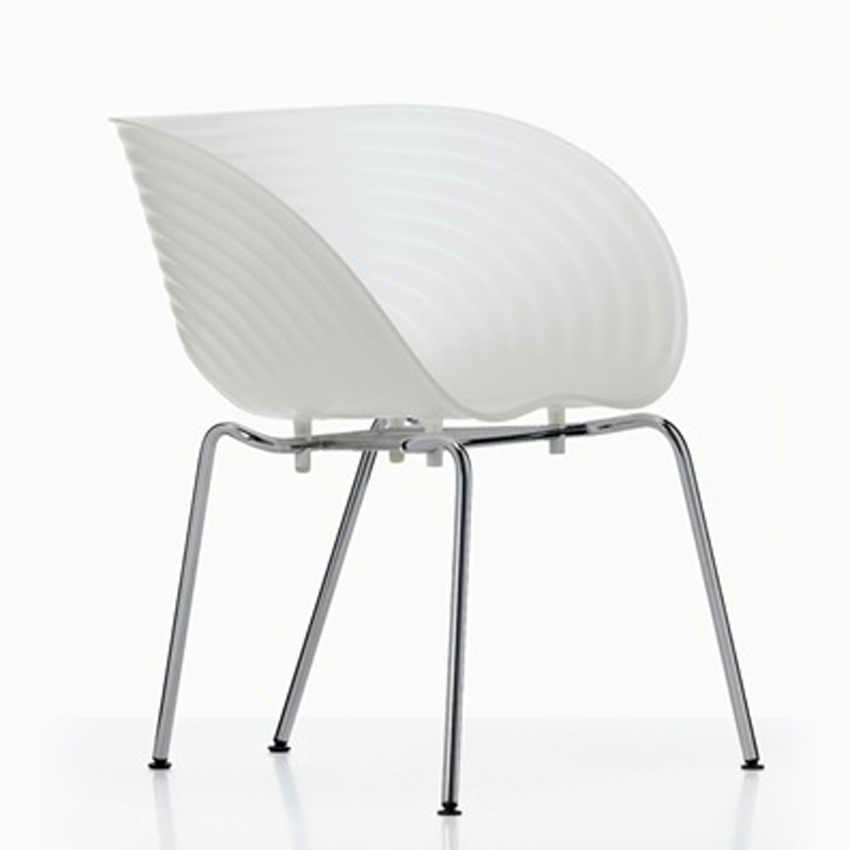 Designed by: Arad R
Co-Designed by: -
Designer: Ron Arad
Co-Designer: -
Date of Design: 1999
Date of Manufacture: 1999
Decade: 1990s
Region: Europe
Significance: Designed in aluminium for Domus at Milan design week and later produced in plastic by Vitra
Manufacturer: Vitra
Material: Polypropylene
Process: Injection moulded
Monobloc: No
Cantilever: No
Renewable Carbon: No
Weight: 6.3
Note: Country of origin: UK (designer), Switzerland (manufacturer) Image: Vitra. The Tom Vac chair was originally designed as an aluminum chair, in 1997, with Vitra introducing a plastic version in 1999. Ron Arad (1951- ) was commissioned to design an installation for Domus magazine during Milan design week and developed the chair to feature in a sculpture of stacked chairs, Totem, in a square in the centre of Milan during Design Week. Arad worked from a sketch he had previously completed for a private commission in Tel Aviv and the Tom Vac was created. Vacuum formed aluminum was chosen to create the design in order to meet the four month production deadline. The shell is generously proportion and, combined with the hole in the back, increases comfort, allowing the sitter to shift positions and facilitating stacking of the chairs. Vitra sponsored the Domus installation and Rolf Fehlbaum (now Chairman Emeritus at Vitra) was so impressed by the design he offered to put it into production. Making it in polypropylene rather than aluminium made the chair more affordable and opened up the contract market. The production version can be stacked five high and is available in black or white, with a choice of chrome or silver powder coated base (suitable for outdoors). Tom Vac, named after a photographer friend of the designer (Tom Vack), has since become Arad’s best-selling chair.