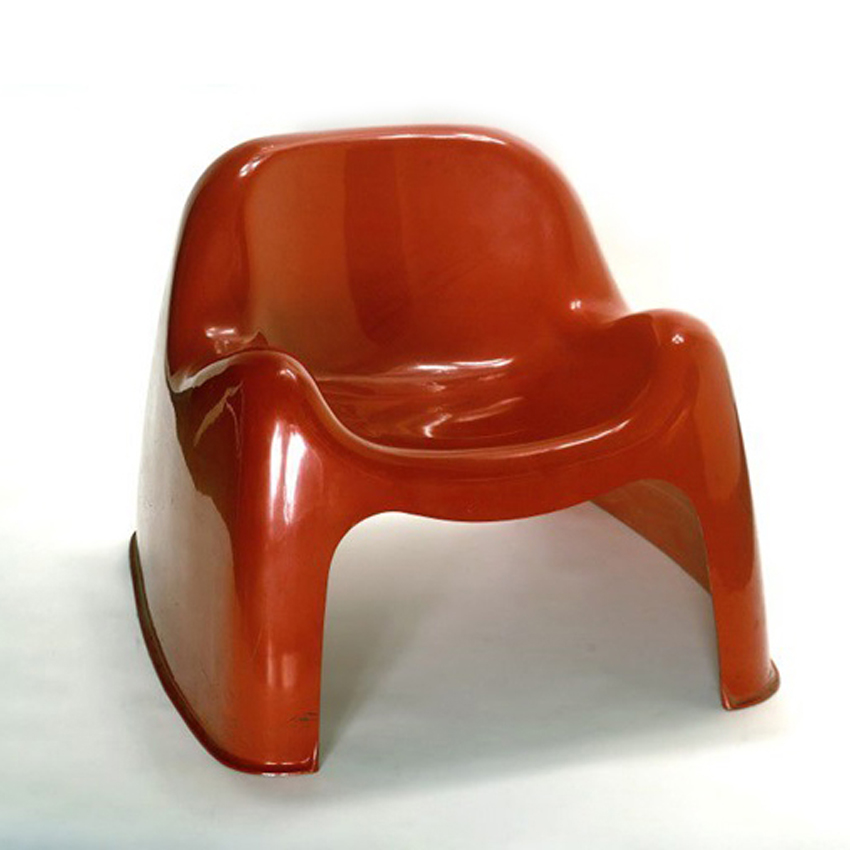 Designed by: Mazza S
Co-Designed by: -
Designer: Sergio Mazza
Co-Designer: -
Date of Design: 1968
Date of Manufacture: 1969
Decade: 1960s
Region: Europe
Significance: Moulded fibreglass sheet
Manufacturer: Artemide
Material: Polyester
Process: Pressure moulded
Monobloc: Yes
Cantilever: No
Renewable Carbon: No
Weight:
Note: Country of origin: Italy. Image: 1stDibs. The Toga was designed (in 1968) as a stacking chair that can be produced from a single sheet of fibreglass which is heated and shaped over a solid mould. The Toga made its debut at the Milan show in 1969 and was featured in the 1975 British TV sci-fi program Space 1999.