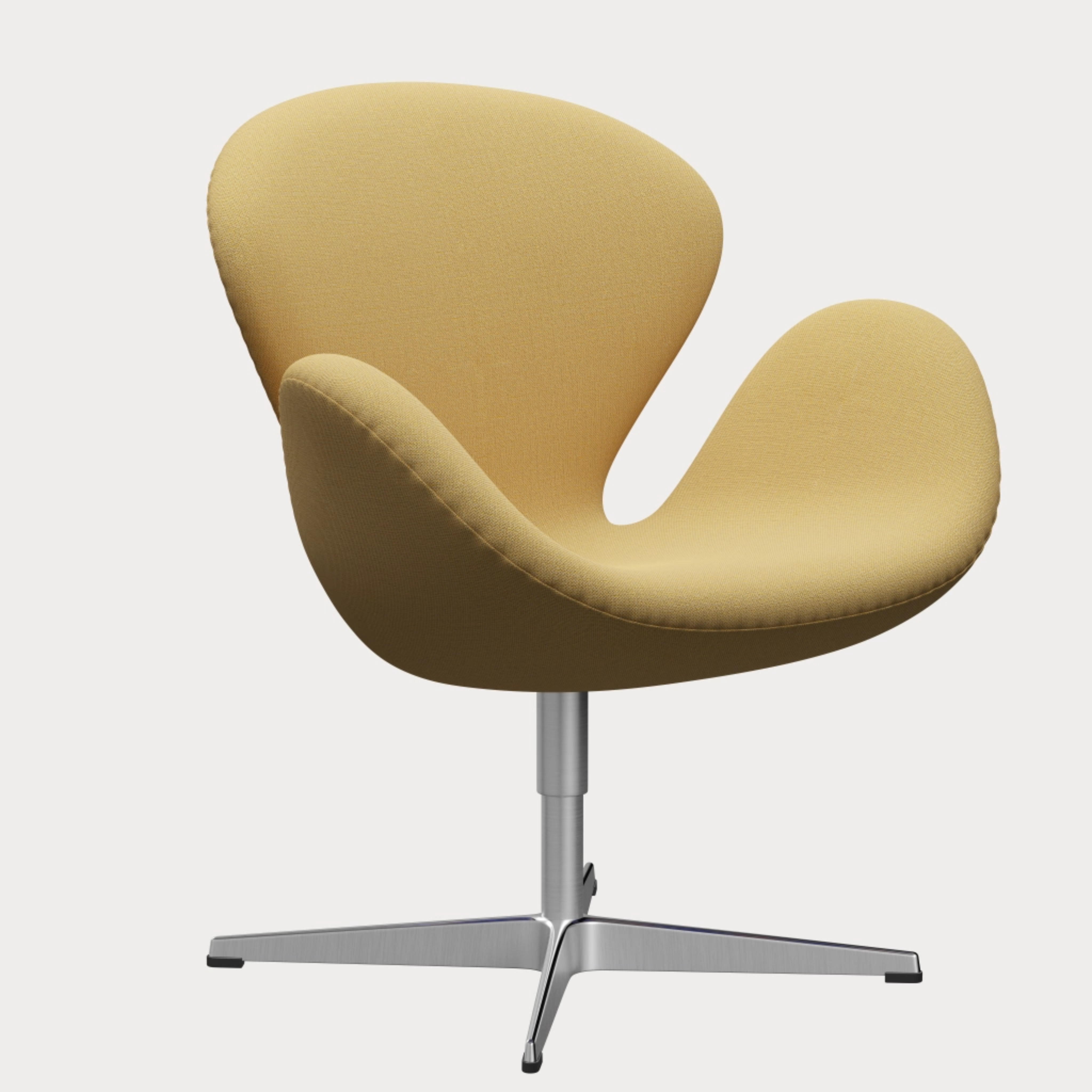 Designed by: Jacobsen A
Co-Designed by: -
Designer: Arne Jacobsen
Co-Designer: -
Date of Design: 1958
Date of Manufacture: 1959
Decade: 1950s
Region: Scandinavia
Significance: Designed for the SAS hotel in Copenhagen
Manufacturer: Fritz Hansen
Material: Polyurethane
Process: Pressure moulded
Monobloc: No
Cantilever: No
Renewable Carbon: No
Weight: 7
Note: Country of origin: Denmark. Image: Fritz Hansen. Denmark’s most famous mid-century designer was commissioned to design an entire, 21-storey, 259 room hotel, for Scandinavian Airlines System’s, SAS Royal Hotel in Copenhagen. Jacobsen literally designed everything in the hotel including the building and right down to the cutlery and ashtrays. The project took nearly four years, leading up to the hotel’s opening in July 1960. Among Jacobsen’s many creations for the project were the Egg, Swan and Drop chairs, all of which feature only curved lines. As with Saarinen’s Tulip chairs these designs started life models sculpted and refined by hand, in this case using chicken wire and plaster. The Egg and Swan chairs were immediately put into production, which has been continuous ever since. The shells are made from fibreglass reinforced polyurethane foam (Styropor) with cold cured polyurethane foam used to pad the upholstery. Manufacturer Republic of Fritz Hansen claims Jacobsen was the first to use this technique. Damp fabric is pinned into place and allowed to dry over the form before being hand-tailored in situ. The bases feature four prongs made from moulded aluminium with a tubular steel shaft to support the chair. Although widely copied the original design of the Egg chair features an adjustable tilt mechanism. The Egg chair was used in the lobby and reception areas at the hotel, where the shell provided some privacy for weary travelers. The Swan chair is available in two sizes.