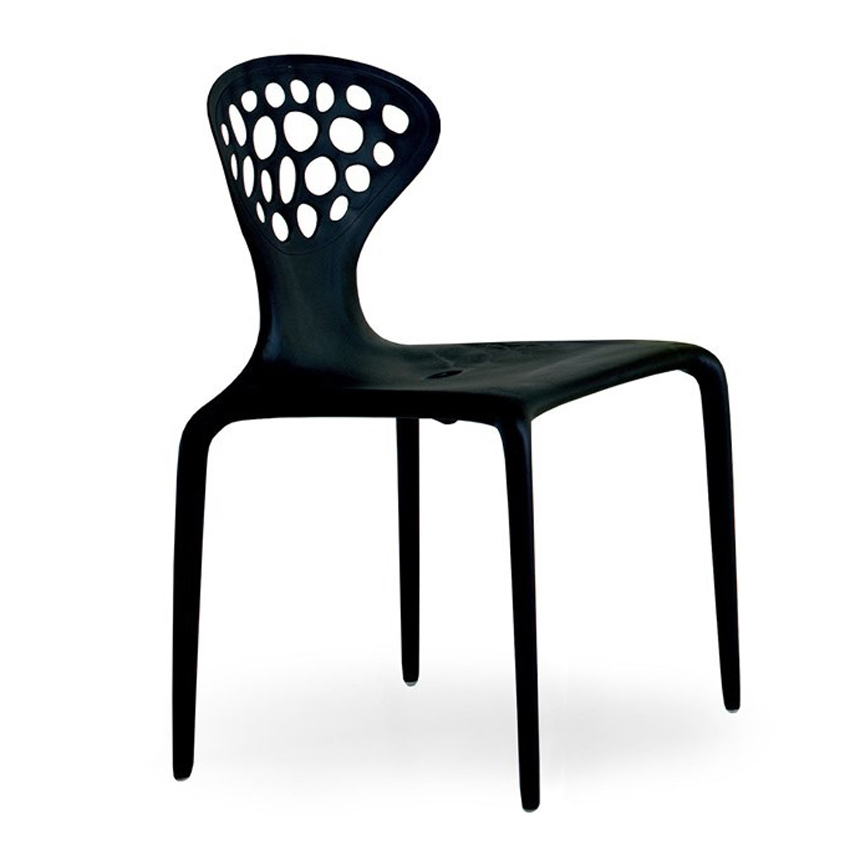 Designed by: Lovegrove R
Co-Designed by: -
Designer: Ross Lovegrove
Co-Designer: -
Date of Design: 2005
Date of Manufacture: 2005
Decade: 2000s
Region: Europe
Significance: Four-part process: mould is heated, air injected, removed from mould and hardened on separate, wooden mould.
Manufacturer: Moroso
Material: Polypropylene
Process: Injection moulded
Monobloc: Yes
Cantilever: No
Renewable Carbon: No
Weight: 5
Note: Country of origin: UK (designer), Italy (manufacturer) Image: Ross Lovegrove. In 2007, the first monograph on Ross Lovegrove reported the designer's interest in ‘organic essentialism’, defined as taking inspiration from elements and aesthetics from the natural world, reshaped in futuristic forms. This interest has led Lovegrove to experiment with new materials, new applications and new methods of production throughout his career. Cellular forms were the inspiration for perforated backrest featured on the Supernatural. The chair is made from injection-moulded polypropylene reinforced with fiberglass. The mould is heated and gas forced in to create the backrest holes. The chair is then removed from the mould and left to dry and harden on a separate wooden mould. Apart from being decorative the holes in the back of the chair are designed to be functional, eliminating excess material, reducing the chair's weight and improving comfort by providing elasticity. Additionally, the perforations hint at the chairs lightness (5kg) and can create pleasing shadows when light passes through them. The Supernatural chair is stackable (up to eight high) and suitable for outdoor use, with a rainwater drain located in the seat. Supernatural is a bestseller for manufacturer Moroco, with another version without the perforated backrest, an armchair, a table, and more colour choices added to the range. The success of the design has undoubtedly been assisted by the low price offered by Moroso, with Supernatural chairs available from around 120 euros.