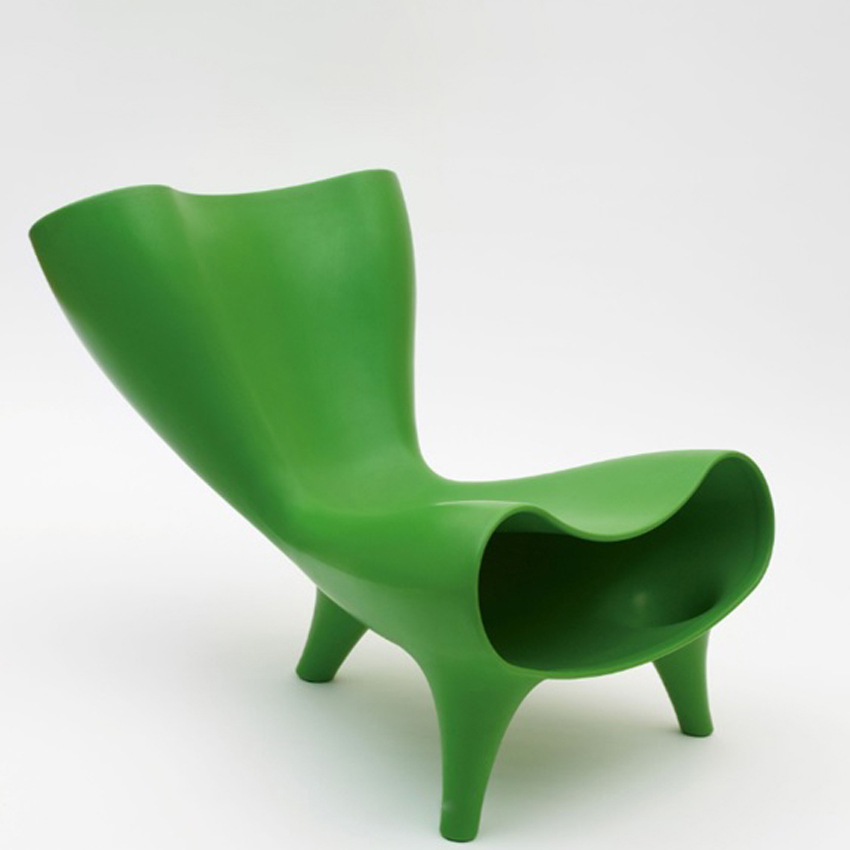 Designed by: Newson M
Co-Designed by: -
Designer: Marc Newson
Co-Designer: -
Date of Design: 1998
Date of Manufacture: 1998
Decade: 1990s
Region: Australasia
Significance: Plastic version of an original aluminium design
Manufacturer: Artificial
Material: Polypropylene
Process: Rotational moulded
Monobloc: Yes
Cantilever: No
Renewable Carbon: No
Weight:
Note: Country of origin: Australia (designer), Germany (manufacturer). Image: Marc Newson. Marc Newson wanted to develop an inexpensive version of his aluminium Orgone Chair. With early examples on offer for over $2,000 on the internet this plastic chair might not, on first inspection, appear inexpensive. However, when compared with the 193,250 pounds paid for an original aluminium Orgone chair, the plastic version can indeed claim to be relatively cheap. The biomorphic shape of the Orgone was inspired by the streamlined world of the Jetsons, the 1960s carton animation which, together with the Memphis movement which the designer also credits for inspiration. The loosely defined hourglass outline of the chair has become a trademark of the designer, frequently recurring across a wide range of his work. The original plastic version was made by making a mould directly from the aluminium version. The surface layer of coloured resin was then applied to the mould and fibreglass added. The original manufacturing technique was then similar to that used by the surf board industry, which is entirely appropriate as surf board shapes were also an inspiration for the creating the shape of this design.