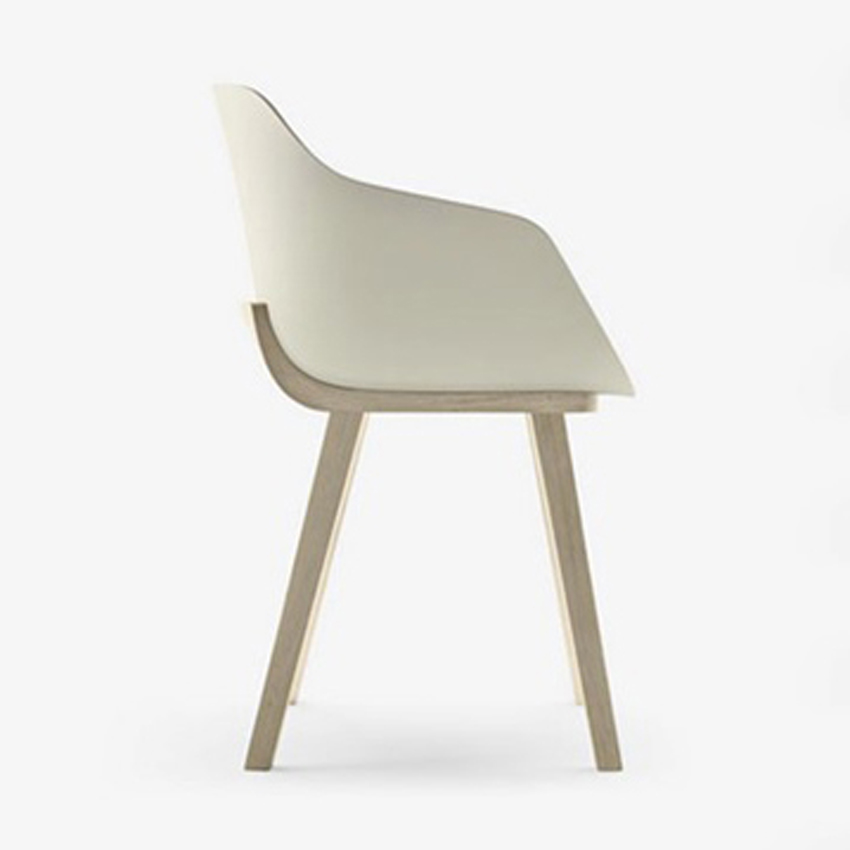 Designed by: Lizaso A
Co-Designed by: Iratzoki J L
Designer: Ander Lizaso
Co-Designer: Jean Iratzoki
Date of Design: 2015
Date of Manufacture: 2015
Decade: 2010s
Region: Europe
Significance: Hybridised bio-plastic shell inspired by Day's Polyside armchair
Manufacturer: Alki
Material: PLA
Process: Injection moulded
Monobloc: No
Cantilever: No
Renewable Carbon: Yes
Weight: 6.5
Note: Country of origin: Spain (designer), French (manufacturer) Image: Mitoo for Iratzoki Lizaso. ERPR score = 7 (below average). Inspired by Robin Day’s Polyside armchair from 1963, the Kuskoa Bi features a bioplastic shell attached to a solid, sustainably sourced, oak base. Spanish designer Ander Lizaro, he explained that he wanted to use a plastic semi-concave shell to provide support for the body as he believed this could create a ‘comfortable, enveloping shell’. A suggestion to make the chair from plastic was rejected by the French manufacture Alki who are committed to sustainable development. To find a solution, the design team investigated bioplastics and selected a polymer made from sugar cane (stover). It was later discovered that the PLA had been hybridised with plastic made from fossil-fuel. Apart from the environmental impact of creating the material, mixing organic and fossil-based materials reduces their end-of-life prospects. The manufacturer claims the shell can be recycled through specialised processing facilities. (I have awarded a score of two point, despite this claim being unsubstantiated.) While only available in two colours, an attempt has been made to broaden the appeal of the char by adding an upholstered version. While this addition has reportedly met with sales success, the upholstery causes an unfortunate negative environmental impact as virgin, combustion modified high resiliency (CMHR) polyurethane foam has been used for the padding.