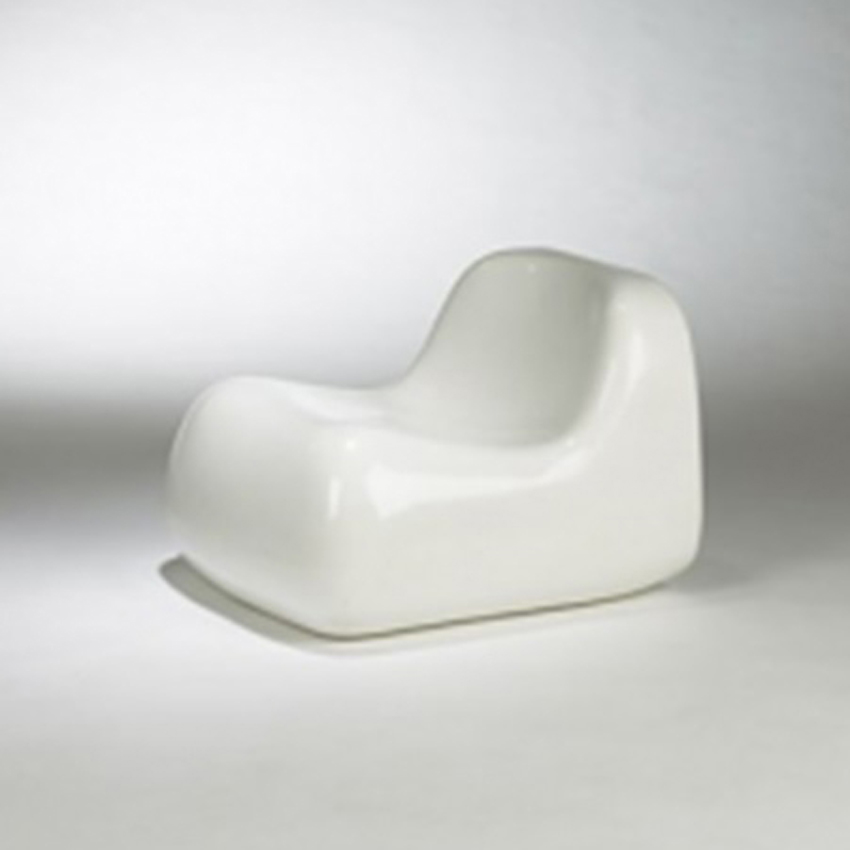 Designed by: Rosselli A
Co-Designed by: -
Designer: Alberto Rosselli
Co-Designer: -
Date of Design: 1969
Date of Manufacture: 1969
Decade: 1960s
Region: Europe
Significance: Moulded fibreglass sheet
Manufacturer: Saporiti
Material: Polyester
Process: Pressure moulded
Monobloc: No
Cantilever: No
Renewable Carbon: No
Weight:
Note: Country of origin: Italy. Image: Wright Auctions. The Jumbo was presumably named with a sense of irony, as it is only about 45cms high and half a metre wide, however, its impact on Italian design meant this little chair lived up to its name. Alberto Rosselli (1921-1976) was at the forefront of the Italian design boom and the Jumbo chair was the first in a series of designs experimenting with new techniques to work fibreglass and featuring a highly lacquered finish. His work inspired and encouraged other designers to embrace synthetic materials and rethink the shape of chairs by exploiting the unique characteristics offered by plastics. The Jumbo chair was manufactured by Saporiti which also produced Rosselli’s famous Moby Dick chaise longue.