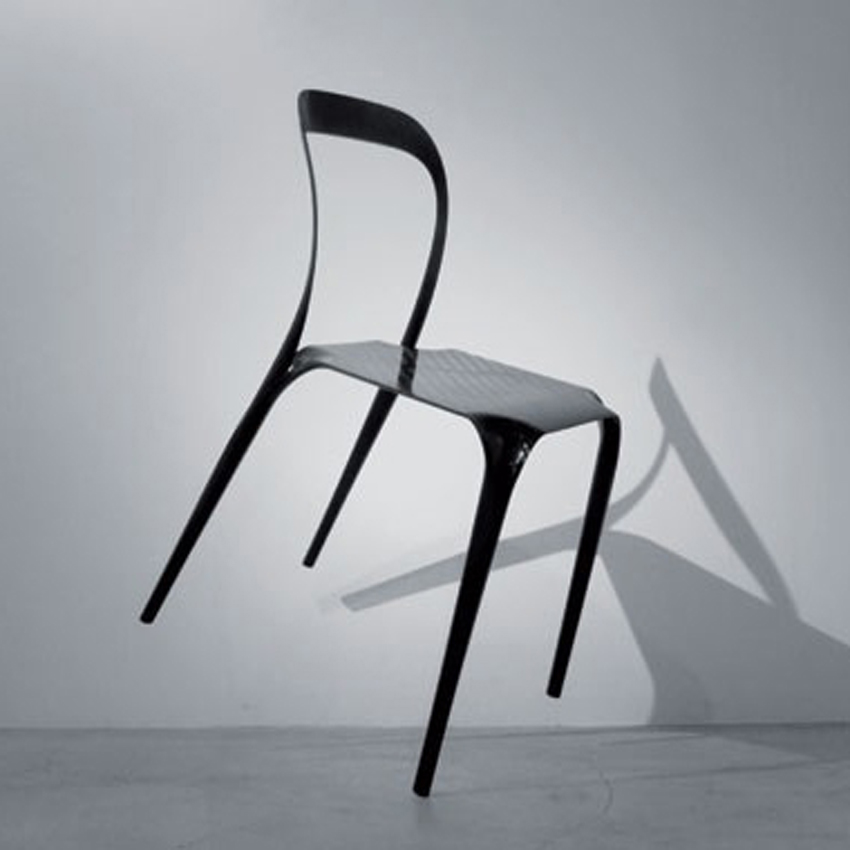 Designed by: Suzuki K
Co-Designed by: -
Designer: Kiyomi Suzuki
Co-Designer: -
Date of Design: 2009
Date of Manufacture: 2010
Decade: 2010s
Region: Asia
Significance: Carbon fibre allows this to be the first chair weighing less than 1kg
Manufacturer: Ishimaru Company
Material: Carbon fibre
Process: Pressure moulded
Monobloc: Yes
Cantilever: No
Renewable Carbon: No
Weight: 0.96
Note: Country of origin: Japan. Image: Kiyomi Suzuki/Ishimaru. According to the designer, Cherche Midi was inspired by leaves drifting in the wind at the Luxembourg Gardens in Paris while the shape is based on the curved stem of the Calla lily. Weighing in at just 960g this carbon fibre chair is probably the lightest chair yet developed. After joining Japanese manufacturer Ishimaru, Suzuki developed an interest in carbon fibre and liked to visit the factory where she became fascinated by the devotion to craftsmanship and meticulous material processing methods. After working on a number of life-size drawings, models and mock-ups, the Cherce Midi design was completed in 2009. The chair has a light, strong yet flexible body, claimed to be ten times stronger than steel and features a pitch-black silvery surface.