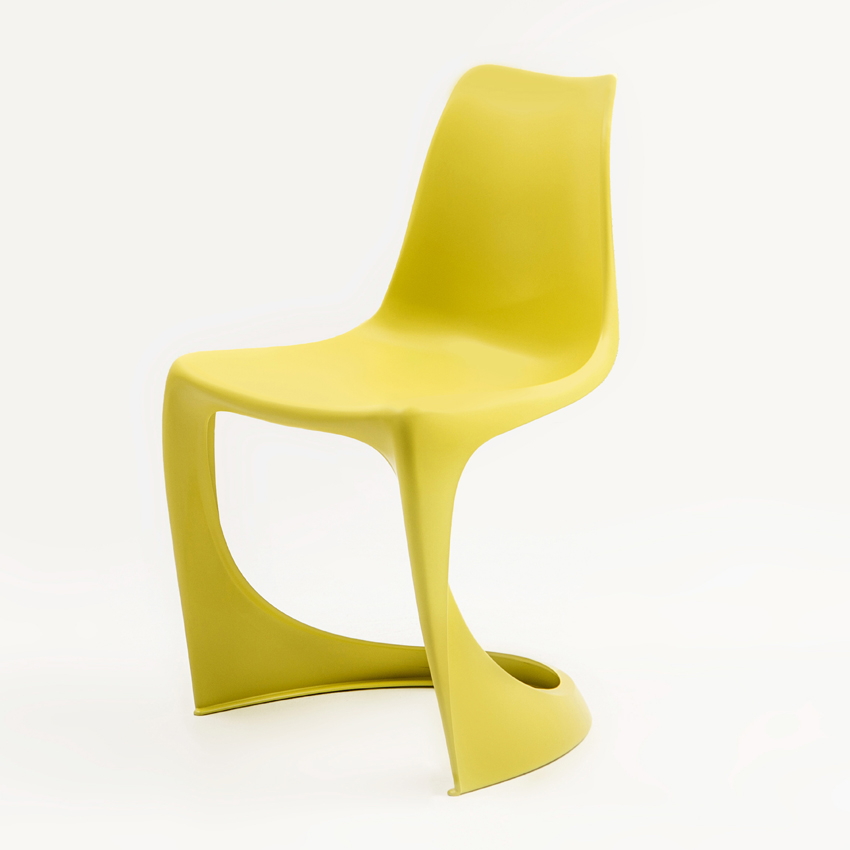 Designed by: Ostergaard S
Co-Designed by: -
Designer: Steen Østergaard
Co-Designer: -
Date of Design: 1966
Date of Manufacture: 1970
Decade: 1960s
Region: Scandinavia
Significance: First cantilevered monobloc?
Manufacturer: Nielaus
Material: Polyamide
Process: Injection moulded
Monobloc: Yes
Cantilever: Yes
Renewable Carbon: No
Weight:
Note: Country of origin: Denmark. Image: Nielaus. The most obvious characteristic that differentiates this design is the lack of legs. The 290 features a sweeping curved base, which enables the cantilevered seat above to apparently defy gravity. At a time when many designers active in the modern movement sought to create the feel of weightlessness and the sensation of floating the 290 set a new benchmark. All joints, junctions and welds were avoided in the creation of one of the first cantilevered chair manufactured with a single injection moulding process. Getting the 290 into production was no mean feat as it required the manufacturer to invest in the world’s largest injection moulding tool. Once in production a chair could be moulded in just 132 seconds. After being removed from the mould the chair had to be allowed to dry before the seams were sanded and packed for delivery. Manual effort, and therefore cost, were reduced to a minimum. Originally manufactured by Cado, the 290 was reissued by the Danish manufacturer Nielaus in 2013. The fibreglass-reinforced polyamide 290 (65% nylon and 35% fibreglass) is still injection moulded in one piece just like the original and features a silky gloss finish.