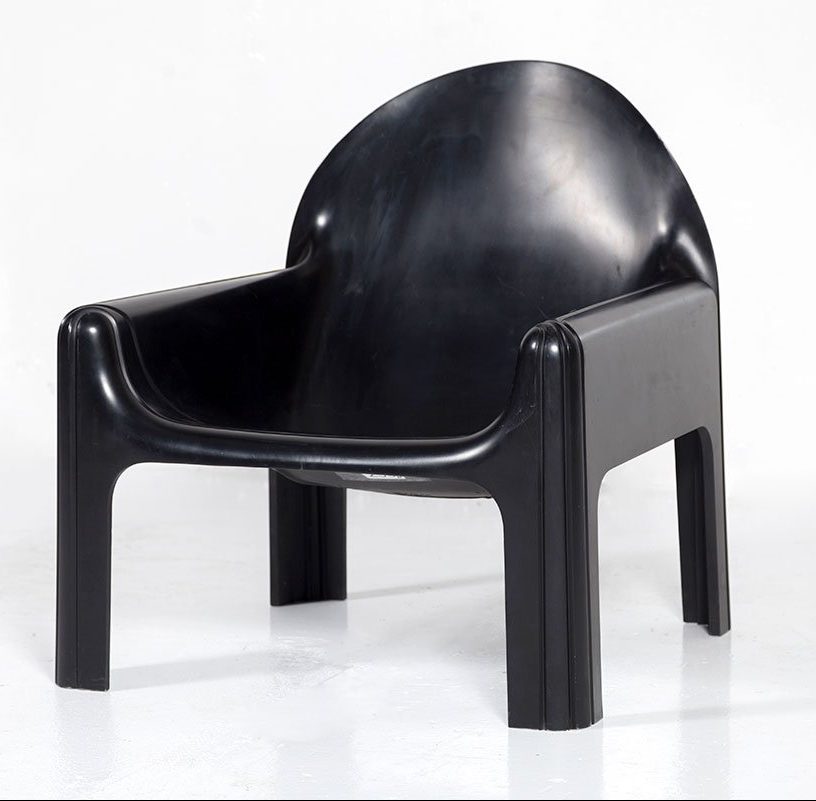 Designed by: Aulenti G
Co-Designed by: -
Designer: Gae Aulenti
Co-Designer: -
Date of Design: 1974
Date of Manufacture: 1974
Decade: 1970s
Region: Europe
Significance: First use of polyurethane (lacquered) by Kartell
Manufacturer: Kartell
Material: Polyurethane
Process: Pressure moulded
Monobloc: Yes
Cantilever: No
Renewable Carbon: No
Weight:
Note: Country of origin: Italy. Image: Pamono. The 4794 is a one-piece, injection moulded design produced in polyurethane and lacquered, increasing costs but allowing a greater range of colours to be offered. It was manufactured by Kartell, together with an accompanying low table and was awarded the Compasso D'oro industrial design award in 1974. This was the first project for Kartell using polyurethane. The material requires no heat or pressure – liquids combine and react- creating foam that expands and solidifies, generating an external film. Polyurethane does not require expensive steel moulds and the thickness of the material can be varied within a mould and items can be encapsulated into a structure during the foaming process. On the downside the moulding process is long (due to the polymerisation process) and the material is not very strong and cannot be coloured easily. Care must be taken during moulding to allow gas to escape to prevent bubbles and surface defects. The negative attributes of the material led to the chair being discontinued after only a few years.