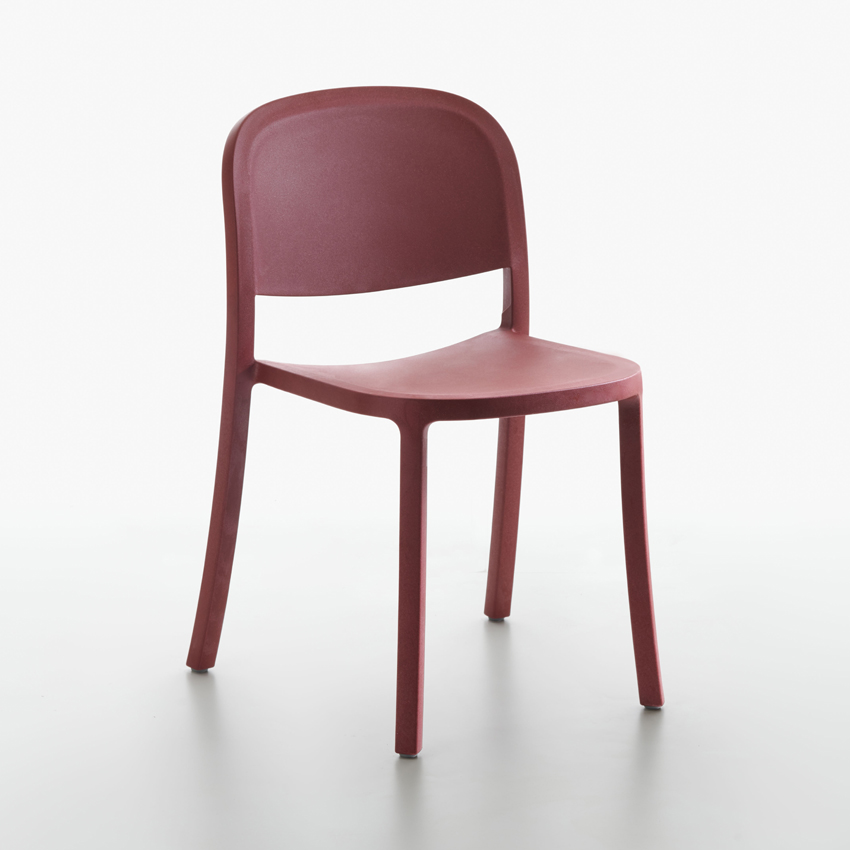 Designed by: Morrison J
Co-Designed by: -
Designer: Jasper Morrison
Co-Designer: -
Date of Design: 2017
Date of Manufacture: 2018
Decade: 2010s
Region: Europe
Significance: Recycled polypropylene combined with wood
Manufacturer: Emeco
Material: Polypropylene
Process: Injection moulded
Monobloc: Yes
Cantilever: No
Renewable Carbon: Yes
Weight: 5.2
Note: Country of origin: UK (designer) USA (manufacturer) Image: Emeco. ERPR score = 12 (above average). The original version of the 1 Inch was launched at the Salone Internazionale del Mobile in 2017. The frame for the original version was made from 1-inch square recycled aluminum tubing with recycled plastic or sustainably sourced plywood used for the seat and back. An upholstered version was also available. The design referenced the aluminum tubing used to create the original Navy chair, designed and manufactured by Emeco since 1944. Following the success of this design a new monobloc version, made completely from recycled plastic, was launched in Milan the following year. Made by American manufacturer Emeco, the 1 Inch Reclaimed is made from a mix of industrial waste (in this case now 88% waste polypropylene and 2% waste wood fiber (with 10% fibre glass added) similar to that used to create Philippe Stack’s Broom chair in 2012. The 1 Inch Reclaimed version was launched in a range of eight colours. As with the Broom chair, the 1 Inch Reclaimed can be recycled at the end of its life by the manufacturer – further improving its environmental credentials.