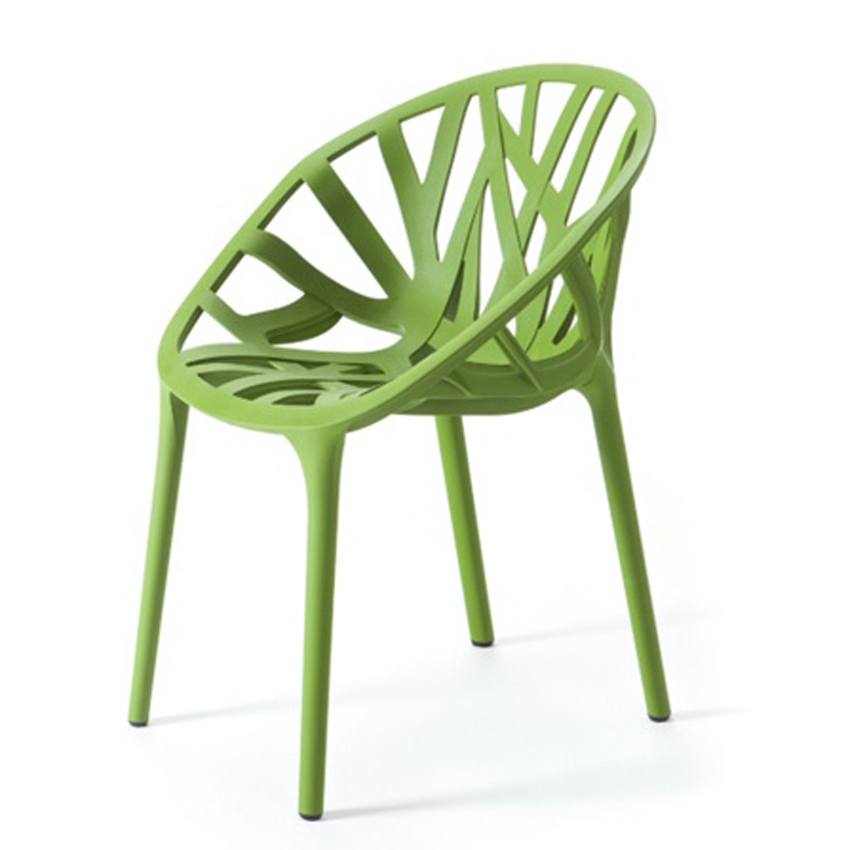 Designed by: Bouroullec R
Co-Designed by: Bouroullec E
Designer: Ronan Bouroullec
Co-Designer: Erwan Bouroullec
Date of Design: 2004-8
Date of Manufacture: 2009
Decade: 2000s
Region: Europe
Significance: Most technically demanding chair produced by Vitra
Manufacturer: Vitra
Material: Polyamide
Process: Injection moulded
Monobloc: No
Cantilever: No
Renewable Carbon: No
Weight: 5.5
Note: Country of origin: France (designer), Switzerland (manufacturer) Image: Vitra. The Vegetal was inspired by a gardening technique from the early 20th century. In the United States of America, John Krubsack (1858-1941) was among the first to prune and graft trees to grow into the form of a chair. Growing a chair became an interest for these French designers of Vegetal and they returned to nature to study the growing process to inform their design. Despite having access to market-leading software, a technologically advanced manufacturer and the resources of plastic manufacturer BASF, the research and development process took longer than originally planned, it was to be more than four years before the Vegetal became a reality. The shape of the Vegetal evolved quite dramatically during the design process. The seat was originally formed from the legs branching and quickly dividing out to form a basket of twigs. The twigs, however, got flattened into woven branches, to provide more comfort and stability, as the design progressed. The brief also required that the branches had to be arranged to allow the final design to be stackable. Strong and UV-resistant, the Vegetal consists of three elements; the front legs became part of the seating ‘basket’ and were moulded in one piece, while the back legs were created separately and attached to the chair.