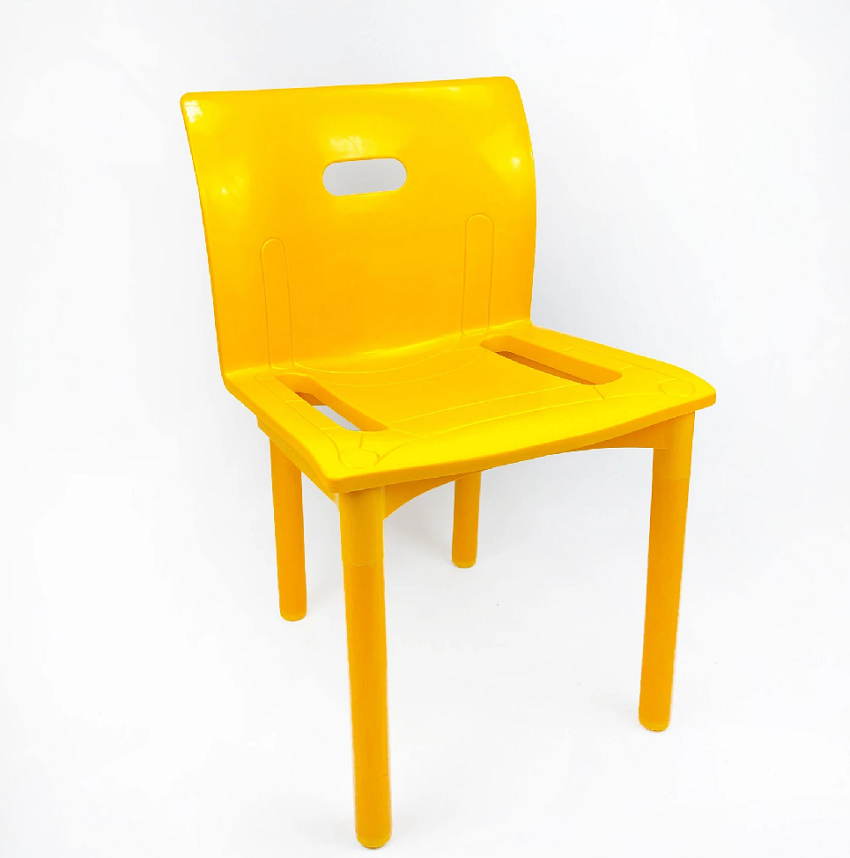 Designed by: Ferrieri A C
Co-Designed by: –
Designer: Anna Castelli Ferrieri
Co-Designer: –
Date of Design: 1986
Date of Manufacture: 1986
Decade: 1980s
Region: Europe
Significance: First stackable chair for Kartell
Manufacturer: Kartell
Material: Polyurethane
Process: Injection moulded
Monobloc: Yes
Cantilever: No
Renewable Carbon: No
Weight:
Note: Country of origin: Italy. Image: Falso Techo. The 4870 was designed quite late in Ferrieri’s career, she was 68 when it was released by Kartell in 1985, just two years before the company was sold. Reduction, function, and beauty were the guiding principles for Ferrieri for this design and all her woks, reflecting the views of her ‘maestro’ architect Franco Albini. The 4870 was designed to be a basic stackable chair (which was missing from Kartell’s catalogue at that time) and the legs can be removed for ease of transportation. The design took advantage of advances in testing which led to, ‘a new leap forward in the refinement of design, particularly because the process of controlling has become easier and more rapid, thus allowing designers to concentrate of the linguistic resolution of the complex relationships between structural, ergonomic, and manufacturing requirements’ The design is also noteworthy as these advances in technology were used by the designer to move away from the familiar rounded shapes associated with plastics and features shaper edges and straight lines. Chairs could be produced in 80 seconds using a 15,000 kilogram injection-moulding robot. The 4870 was awarded the Compasso d’Oro in 1987 for harmoniously balancing ‘completely consistent values of use, savings and technology’. Creating the armchair version proved difficult and was eventually resolved by adding continuous ribbing to both the armrest and seat – giving the armchair a very different appearance from the earlier version.