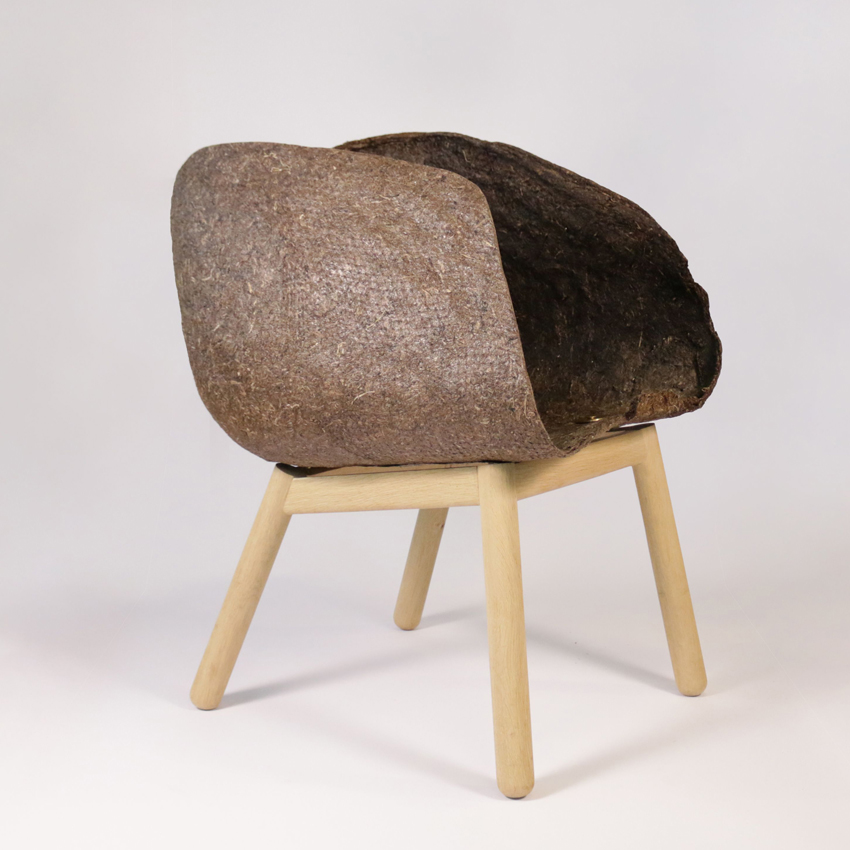 Designed by: Carlsen N
Co-Designed by: –
Designer: Nikolaj Carlsen
Co-Designer: –
Date of Design: 2019
Date of Manufacture: 2019
Decade: 2010s
Region: Scandinavia
Significance: Shell is made from seaweed and base from recycled timber
Manufacturer: TangForm
Material: Natural fibres
Process: Pressure moulded
Monobloc: No
Cantilever: No
Renewable Carbon: Yes
Weight: 8
Note: Country of origin: Denmark Image: TangForm. ERPR score = 7 (below average). The Coastal Furniture has received several sustainability awards but performed poorly when compared with the other chairs made from natural fibres. The chair is made from seaweed (eelgrass) bound together with red algae (carrageenan). Those materials were familiar to the Danish designer, Nikolaj Carlsen, as they are used for roofing on the island of Læsø (in Denmark) where the seaweed-based material has demonstrated its resilience, often lasting many decades. The shell is biodegradable and is attached (using four brass brackets) to wooden legs made from recycled floorboards but is shipped fully assembled. Components need to be manually separated to facilitate composting and recycling. The weight of the chair combined with low scores for transport and end-of-life prospects resulted in the Coastal Furniture achieving the weakest ERPR rating in this section.