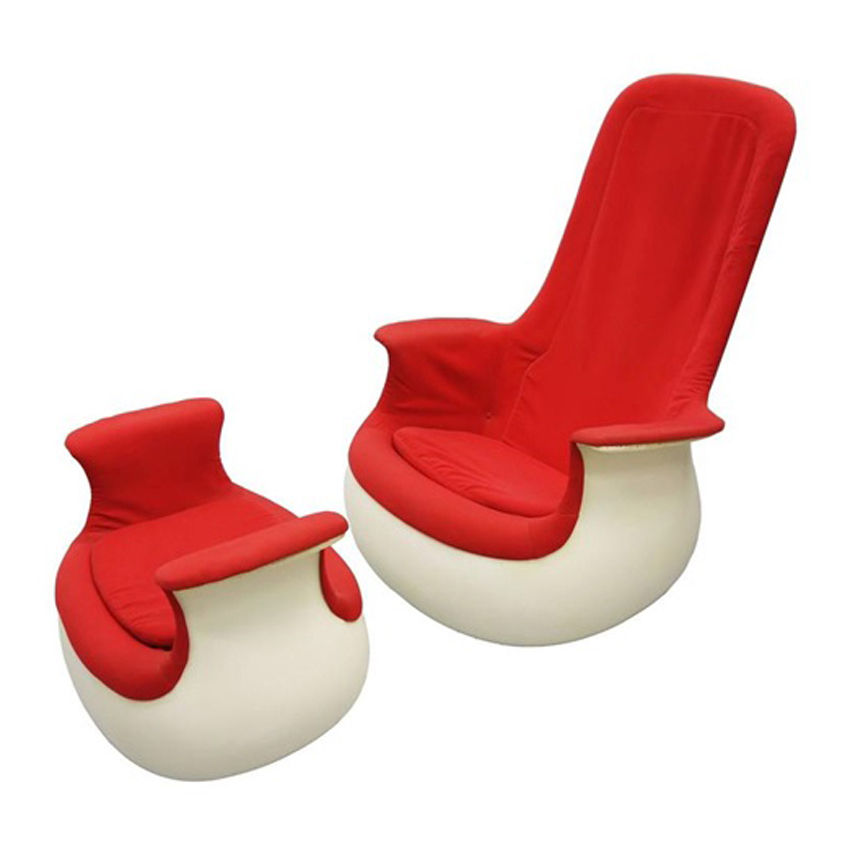 Designed by: Held M
Co-Designed by: –
Designer: Marc Held
Co-Designer: –
Date of Design: 1967
Date of Manufacture: 1970
Decade: 1960s
Region: Europe
Significance: Unique tilting mechanism
Manufacturer: Knoll Associates
Material: Polyester
Process: Pressure moulded
Monobloc: No
Cantilever: No
Renewable Carbon: No
Weight:
Note: Country of origin: France (designer), USA (manufacturer). Image: 1st Dibs. The Culbuto chair tilts and swivels like an Egg chair on the cheap! Marc Held (1932- ) was inspired to create the Culbuto after visiting the Fritz Hansen factory in Copenhagen, in 1965 and seeing workers creating tilting pivots for Arne Jacobsen’s Egg chair. Realising he could not afford the cost of creating a similar tilt and swivel mechanism, which created freedom of movement for the Egg chair sitter, he searched for a cheaper solution. Starting with a full size sketch, he spent two months carving a balsa wood model. The problem of elegantly moving from the long curve of the backrest to the taut curve of the base solved by studying the roof of Saarinen’s TWA terminal at Kennedy Airport. From the finished wood model a polyester mould was made and five prototypes developed and displayed in the window of his shop, where they attracted much attention. ‘It was like a fairy-tale,’ reported Held – the very next day the president of Knoll USA and the French director made contact and expressed interest in producing the chair. Designed by 1967, it took a further three years to get the Culbuto into production.