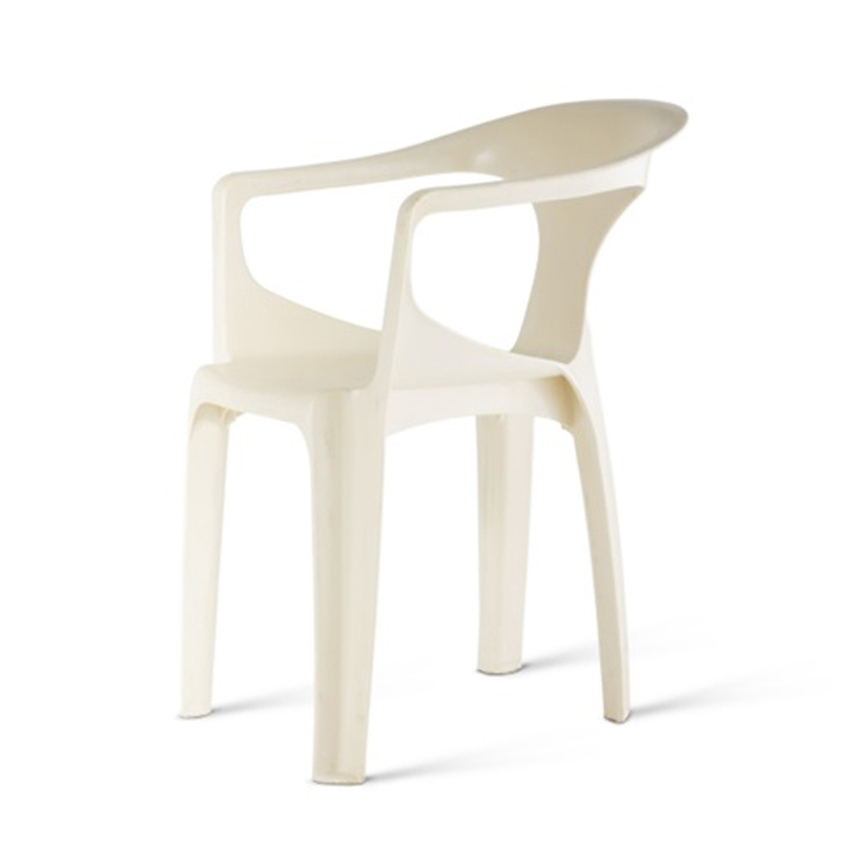 Designed by: Massonnet H
Co-Designed by: –
Designer: Henry Massonnet
Co-Designer: –
Date of Design: 1972
Date of Manufacture: 1972
Decade: 1970s
Region: Europe
Significance: First iteration of the cheap monobloc found everywhere today
Manufacturer: Société de Transformation des Matières Plastiques
Material: Polypropylene
Process: Injection moulded
Monobloc: Yes
Cantilever: No
Renewable Carbon: No
Weight:
Note: Country of origin: France. Image: Vitra Design Museum / Jürgen Hans Photo. Although Henry Massonnet is not a household name, this French designer is probably the individual responsible for more stools and chairs right around the planet than any other designer. Massonnet developed technology to significantly improve the polypropylene injection moulding process, allowing larger items to be made quickly in one-piece. He designed a chair which was destined to become the pre-cursor of the standard cheap monobloc chair available from hardware stores or garden centres everywhere. Monoblocs are suitable for indoor or outdoor use, they are weather proof, light, stackable, highly durable and, above all, very inexpensive. Massonnet’s process allowed a chair to be produced from a single machine in less than two minutes (since reduced to one), as no hand finishing was required. Fauteuil 300 was not initially a success; as we shall see, the first oil crisis was about to put the brakes on the plastics industry. However, by the early 1980s other manufacturers had caught up with Massonnet technological lead and the market was flooded with cheap monobloc chairs of similar designs. Monoblocs quickly spread around the world like a virus. Western manufacturer replaced their (very expensive) moulds as the quality of the output decreases over time. Used mould were then sold, for a fraction of their replacement cost, to manufacturers in the developing world, enabling them to produce chairs far more cheaply.