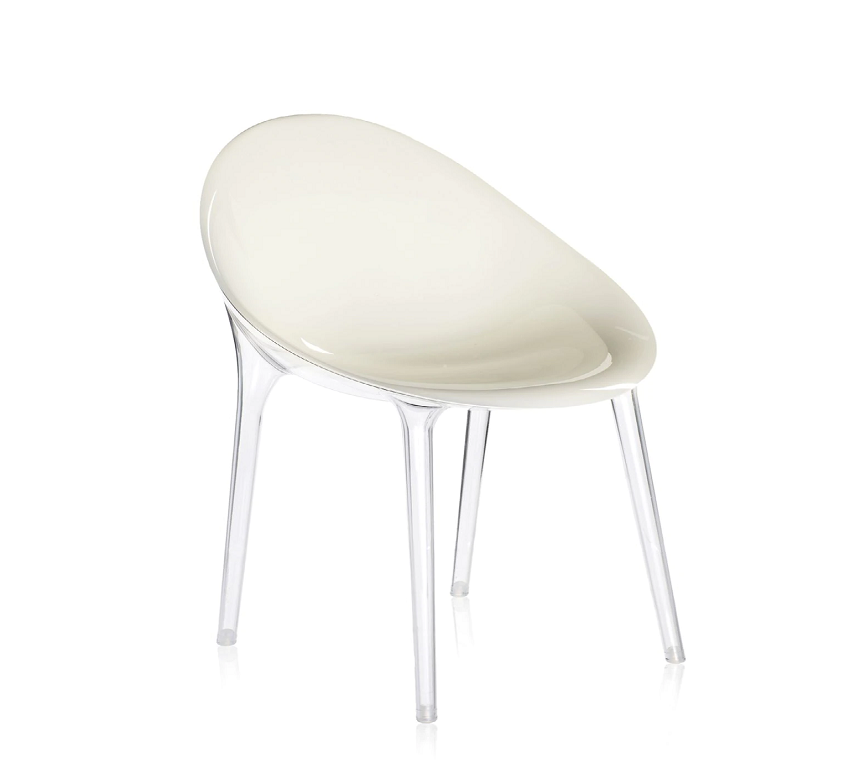 Designed by: Starck P
Co-Designed by: Quitllet E
Designer: Philippe Starck
Co-Designer: Eugeni Quitllet
Date of Design: 2008
Date of Manufacture:
Decade: 2000s
Region: Europe
Significance: Sonic welding process developed to invisibly join shells
Manufacturer: Kartell
Material: Polycarbonate
Process: Injection moulded
Monobloc: No
Cantilever: No
Renewable Carbon: No
Weight: 5.5
Note: Country of origin: France (designer), Italy (manufacturer) Image: Kartell. Mr. Impossible is an evolution of the work done by Philipe Starck and Kartell in designing polycarbonate chairs such as La Marie and Ero|S|. There is a strong similarity between the organic, enveloping egg-shaped seat used in this design and that created for the Ero|S|. In his continued search to ‘dematerialise’ chairs Starck designed Mr. Impossible mainly out of air – with two wafer thin hollow shells joined together invisibly. The design got its name from its first sketch, showing the two shells joined invisibly – as existing methods would have left a mark where adhesive was used to join them. Kartell then had to develop a laser welding technique to enable the shell to be combined without highlighting the join. While the legs and frame are made of transparent polycarbonate the seat is made from dyed polycarbonate in a choice of nine colours. The contrast between the coloured and clear sections of the finished design create an interesting eye-catching detail.