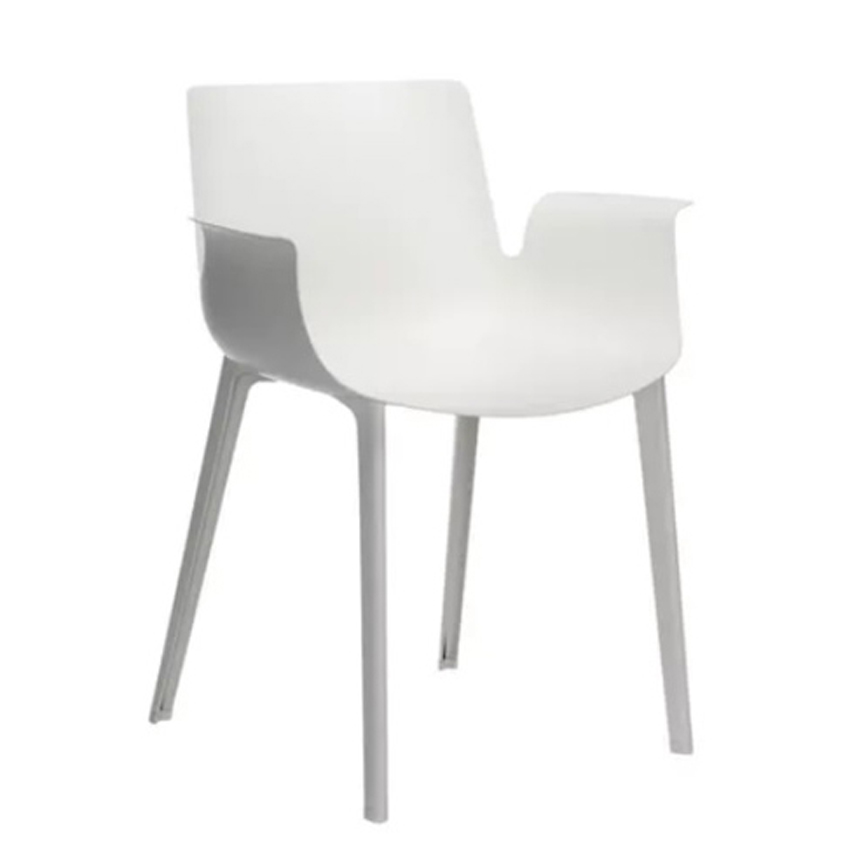 Designed by: Lissoni P
Co-Designed by: –
Designer: Piero Lissoni
Co-Designer: –
Date of Design: 2016
Date of Manufacture: 2016
Decade: 2010s
Region: Europe
Significance: First use of improved injection moulded fibreglass allowing shell to be just 2mm
Manufacturer: Kartell
Material: Technopolymer
Process: Injection moulded
Monobloc: Yes
Cantilever: No
Renewable Carbon: No
Weight: 2.2
Note: Country of origin: Italy. Image: Kartell. Inspired by an eggshell and just 2mm thick, weighing in at 2.2kg the Piuma lives up to its name by being (almost) as light as a feather. Incorporating ground breaking injection moulding technology developed by Kartell especially for this project the Piuma is incredibly durable despite its lightweight. Claimed as the first chair to incorporate carbon fibre into the injection moulding process. To develop the Piuma manufacturer Kartell looked to the automotive and aerospace industries which had pioneered the use of carbon reinforced polymers to develop strong lightweight components. Two years of research and development followed, during which time Piero Lissoni perfected his design for the chair. Kartell regard the Piuma as, ‘one of the most revolutionary and enterprising products’ in its range which is an astonishing claim given the breadth and depth of the Kartell catalogue which includes Philipe Starck’s breakthrough polycarbonate designs. The strength of carbon fibres had been previously exploited by chair designer (for example, Marcel Wander’s Knotted chair and Bertjan Pot and Marcel Wander’s Carbon chair) but this is the first example of carbon fibre being added to polymers prior to injection moulding. The Piuma Won Red Dot Best of the Best award in 2017.