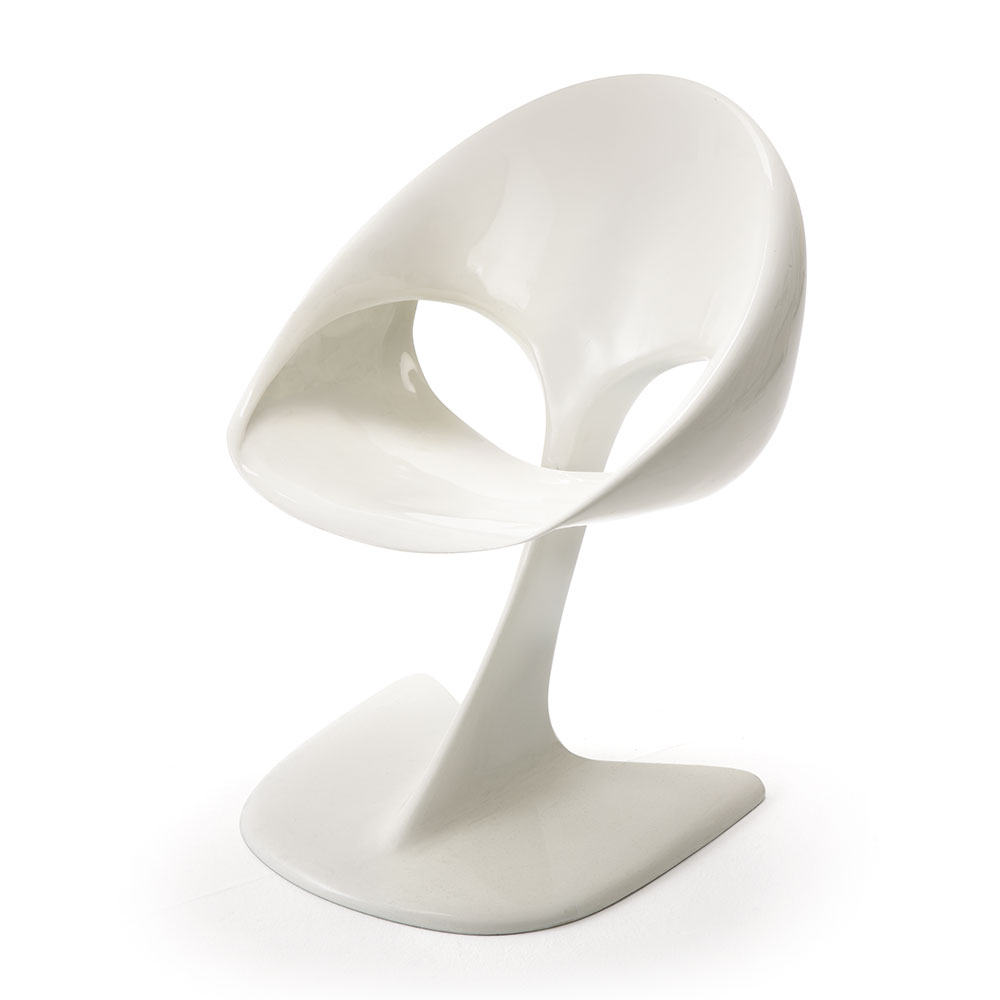 Designed by: Colani L
Co-Designed by: –
Designer: Luigi Colani
Co-Designer: –
Date of Design: 1968
Date of Manufacture: 1968
Decade: 1960s
Region: Europe
Significance: Pedestal based cantilevered chair
Manufacturer: COR Sitzkomfort
Material: Polyester
Process: Pressure moulded
Monobloc: Yes
Cantilever: Yes
Renewable Carbon: No
Weight:
Note: Country of origin: Germany. Image: Domaine de Boisbuchet. The Poly-CDR demands attention – standing like a snake posed to strike. It is the first one-legged, cantilever plastic chair. Made from lacquered, injection moulded, fibreglass reinforced polyester the design was hailed, by its rather modest maker, as the most complicated plastic chair to ever be produced. In fact, it proved so hard to manufacture that only about ten prototypes were made, by COR-Sitzkomfort, proving that the design truly tested the very limits of production possibilities at this time. The elegant design is moulded, in a single piece, with the bubble-shaped seat and arms suspended from a single leg, broadened at both ends to form the base and backrest. The designer describes the rounded organic forms found in his work as futuristic and biomorphic. His designs of this time reflect the atmosphere of limitless possibilities ignited in the age of the Space Race.