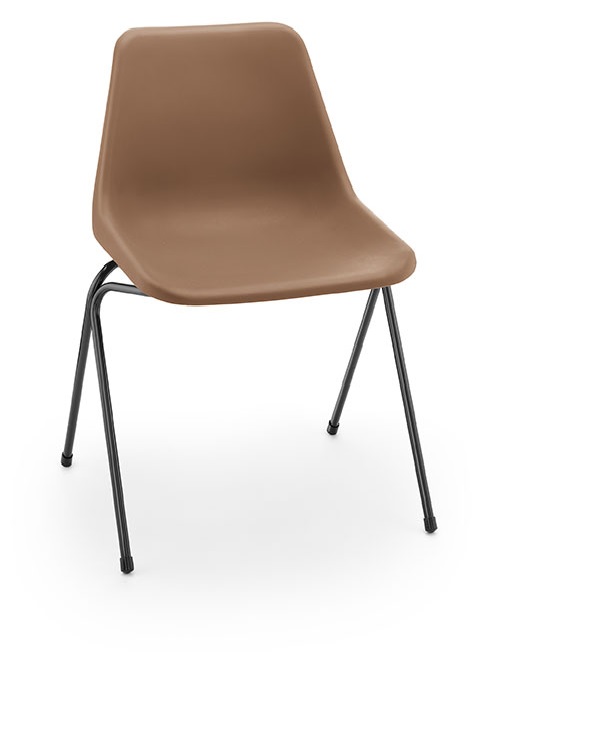 Designed by: Day R
Co-Designed by: –
Designer: Robin Day
Co-Designer: –
Date of Design: 1960-63
Date of Manufacture: 1963
Decade: 1960s
Region: Europe
Significance: Claimed as first polypropylene chair
Manufacturer: Hille
Material: Polypropylene
Process: Injection moulded
Monobloc: No
Cantilever: No
Renewable Carbon: No
Weight:
Note: Country of origin: UK. Image: Hille. Robin Day’s Polyside chair is so commonly found that its significance is often overlooked. Tens of millions of copies have been sold through a network of over 30 licensed manufacturers around the world. Britain’s most successful mid-century designer claimed the Polyside as the first chair to be created using injection-moulded polypropylene. However, Sam Avedon did develop and patent a polypropylene chair in America in 1961 and Alladin Plastics produced if from at least 1962. Hille were interested in developing a low priced chair that could be used for public seating – in schools, community halls, bars and lecture theatres. Producing the mould itself cost six thousand pounds (equivalent to about twice the cost of an average house in the UK at that time). A range of bases were developed to broaden the appeal of the chair to suit the needs of various market segments. The angled front and back legs are made from simple bent metal rods, with a single weld at each side of the chair to join them. Following the enormous success of the launch Hille was able to make the investment required to develop the accompanying arm chair. Launched in 1967, it features a slightly wider, more bucket-like seat resting on a rectangular metal base.