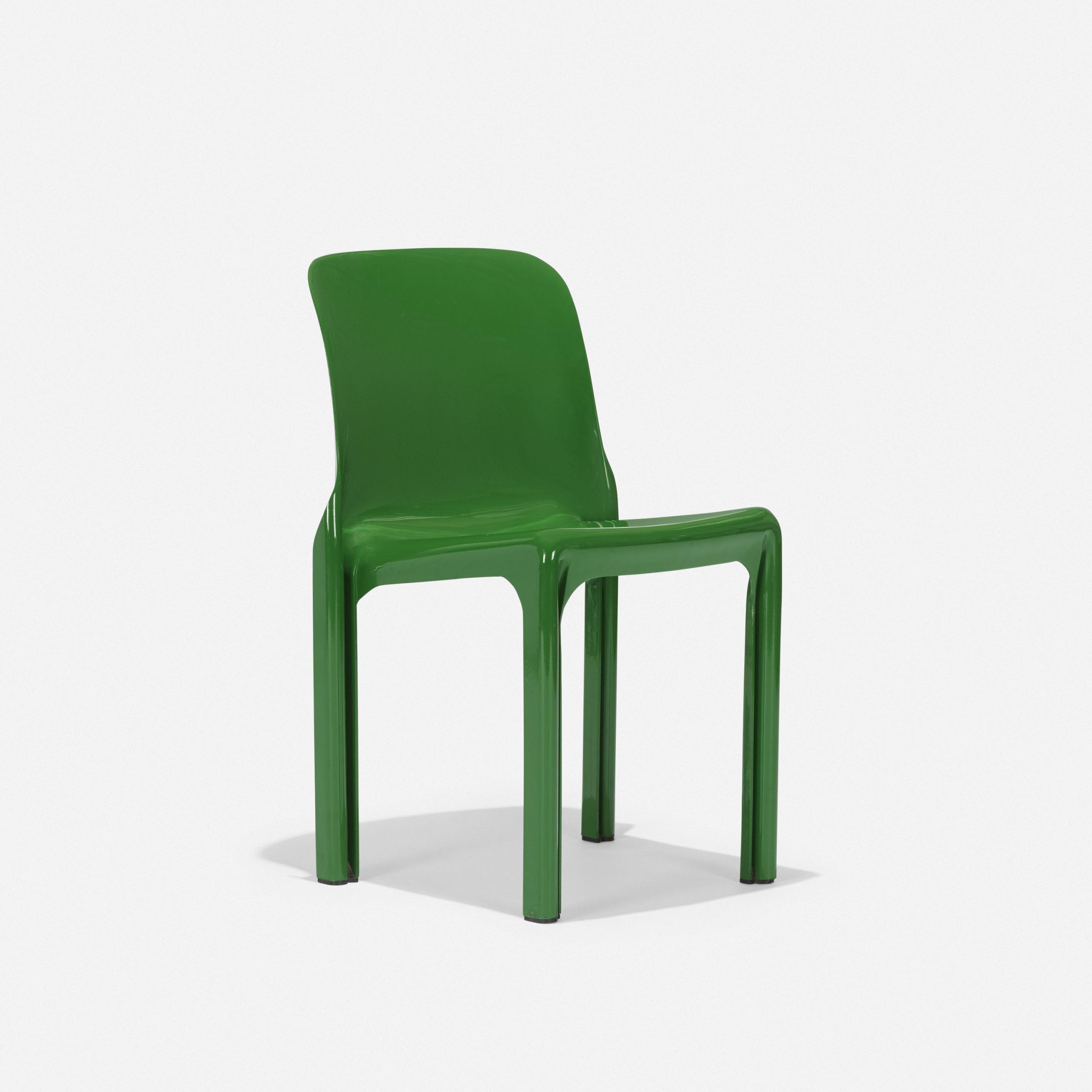 Designed by: Magistretti V
Co-Designed by: –
Designer: Vico Magistretti
Co-Designer: –
Date of Design: 1961-68
Date of Manufacture:
Decade: 1960s
Region: Europe
Significance: Thin (3mm) shell.
Manufacturer: Artemide
Material: Polyester
Process: Injection moulded
Monobloc: Yes
Cantilever: No
Renewable Carbon: No
Weight: 4
Note: Country of origin: Italy. Image: Wright Auctions. At just three millimeters thick the Selene attracted a lot of attention when it was first shown at the Triennale di Milano, in 1968 and was featured in the September issue of Domus that same year. Production started the following year using Reglar, a fibreglass reinforced polyester, injection moulded in one-piece. While this monobloc design might be striking for its simplicity the final look is deceiving. It took nearly eight years to perfect the design with development of the legs proving to be the most problematical. The designer was keen to avoid the thick legs needed for strength in Joe Colombo’s Universale chair and Richard Sapper and Marco Zanuso’s K4999/5 chair but they still needed sufficient tensile strength to support the sitter. Leveraging his knowledge of statistics Vico Magistretti (1920-2006) experimented with paper models to develop the unique S-shape which allowed the design to retain an elegant simplicity while meeting the demands of regular use. Why it was named after the Greek goddess of the moon remains unclear. The Selene was designed for to be familiar in appearance while showcasing the use of new material. A with most monobloc chairs it can be used indoors or outdoors, can be stacked up to six high and is very light (4 kg). A single chair could be manufactured in just five minutes, allowing the model to be introduced at a very competitive price. Concave curves were formed for the back and seat to enhance comfort.