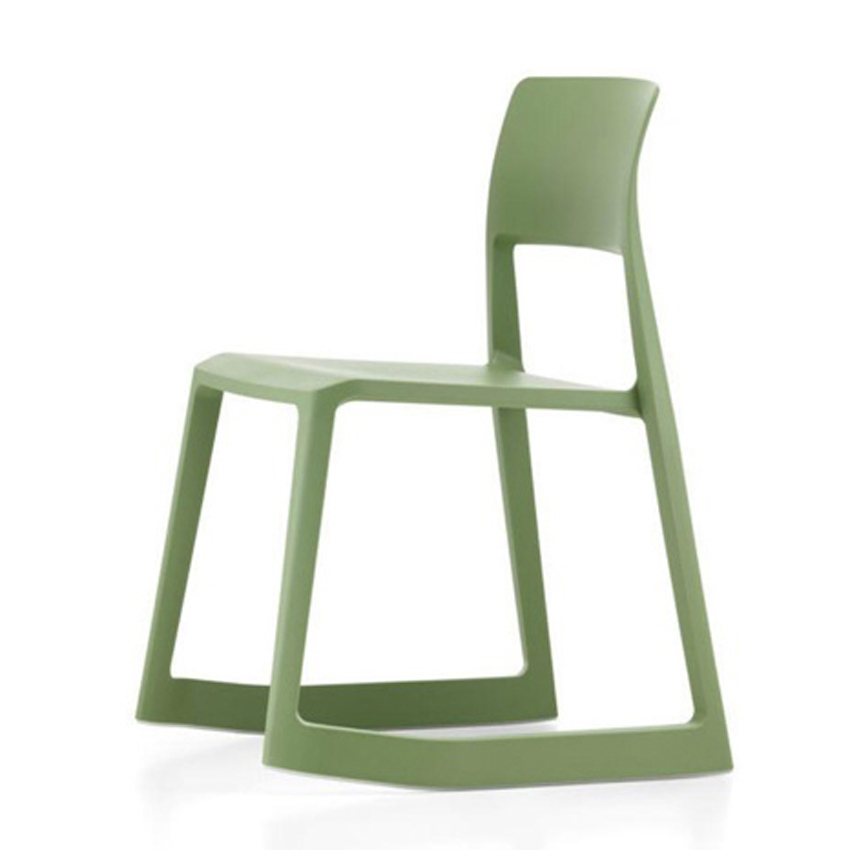 Designed by: Barber E
Co-Designed by: Osgerby J
Designer: Edward Barber
Co-Designer: Jay Osgerby
Date of Design: 2008-2011
Date of Manufacture: 2011
Decade: 2010s
Region: Europe
Significance: Ski base designed to encourage two seating positions
Manufacturer: Vitra
Material: Polypropylene
Process: Injection moulded
Monobloc: Yes
Cantilever:
Renewable Carbon:
Weight: 4.5
Note: Country of origin: UK (designer), Switzerland (manufacturer) Image: Vitra. In 2008, the Royal Society of Arts and Manufacturers approached Barber & Osgerby for advice on choosing furniture for a new secondary school in Tipton in the Midlands, UK. After reviewing the market the designers quickly came to the conclusion there was no suitable furniture on the market and decided to develop a new chair. Many of the existing chairs on the market designed to accommodate a range of different sitting positions incorporated expensive mechanisms and could be complex to operate. Two years of intensive engineering and design development followed in collaboration with Vitra. It was quickly decided that the chair should be plastic – to meet the economic and hard-wearing requirements of the target market. 30 prototypes were produced to perfect the design. A 19.6 tonne air injection mould was developed to produce the chairs, which weigh just 4.5kg. A chair takes just six minutes to make; four for the injection process and two to screw on transparent plastic glides to protect the skids. The Tip Ton can be tilted forward nine degrees, and will stay in place, supporting a position which, the designers claim, straightens the spine and pelvis and improves circulation to the abdominal and back muscles. Two distinct seating positions can then be selected by the user, simply by shifting their weight. In 2020 a RE version was added to the range made from recycled polypropylene. This versions achieved an ERPR score of 15 (excellent).